Picture yourself at 90 years old. Where do you think you will be when that time comes? What shape do you think your body will be in? As some people say, ‘Age is only a number’. We’ve all heard that expression before.

Sometimes it can be very surprising to learn a person’s age because they don’t look or act the age you thought they were. Sometimes if someone is unwell or has long term addictions, they can seem older than they actually are. On occasions you may even meet people who are considerably older than you, yet can still look the same age as you or even younger. What do you think their secret is?

Well, it wasn’t hard to find a few amazing people who are in their 90’s (or even older) that are still in excellent health. Not only that, they’re probably in better health than most of the people reading this. Lets start with Tao Porchon-Lynch as the perfect example. 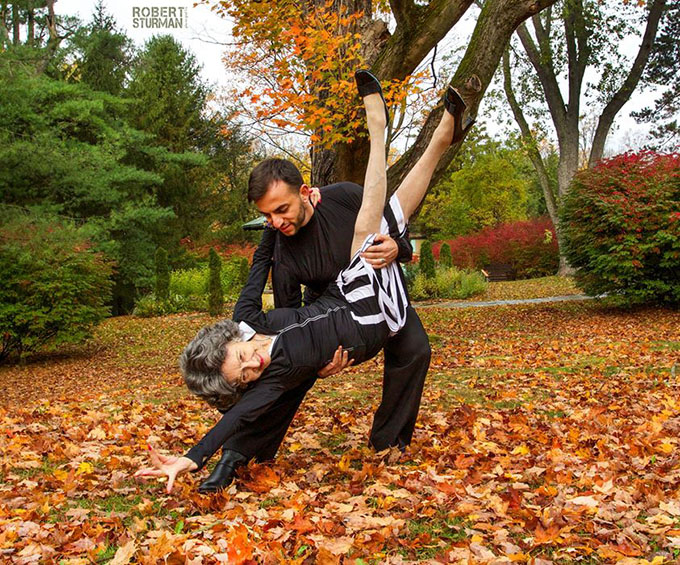 Tao Porchon-Lynch is in the Guinness Book of World Records as the World’s Oldest Yoga Teacher.  At 97 years old (she will be 98 on August 13th) Tao is probably one of the most impressive older ladies you will ever meet.

Most of her life she was an actress and a model. She is also a celebrated ballroom dancer and has been a yoga teacher for the past 56 years. Although she has had 3 hip replacement surgeries and a metal rod inserted in her leg, she still manages to kick butt at yoga on a daily basis, and is able to keep up with students several decades younger than her. When asked about her secrets to longevity, she had three things to say:

First of all, she says it’s perfectly okay to enjoy that glass of red wine with dinner. Tao is convinced that it adds several benefits to her lifestyle, so long as it is used in careful moderation. And according to several recent studies, she could definitely be on to something. Research conducted by the University of Alberta in Canada has found that health benefits in resveratrol, a compound found in red wine, are similar to those we get from exercise. When used in moderation, of course.

Second, Tao says it’s important to watch your portions. It can be very easy to overeat, especially after a long hard day. She told the New York Post that overeating happens when we shovel too much food on our plates. “Most people overeat and put too much food on their plate,” Lynch said. “Pause a moment to think about how many people are without food, and you won’t eat so much.”

Lastly, she says we need to stay active and stay positive.  She believes it’s very important to keep a positive outlook on life as well as an active lifestyle, and she’s definitely doing just that. Even though she didn’t start ballroom dancing until she was 87, Tao has actually won over 700 dancing competitions and was even on “America’s Got Talent.” She said:

“I’ve been active all my life. I spend no time thinking what I can’t do… When you wake up in the morning, know that it’s going to be the best day of your life,” – Incredible advice, Tao! Thank you!  (Here’s a video of her in action!) When it comes to our second example, exercise is definitely an important part of his daily routine. That’s because Dr. Charles Eugster is a 96 year old body builder! (His 96th birthday was yesterday! Happy Birthday, Charles!)  In his youth, Charles was very active. He spent most of his time practicing rowing, boxing and sprinting. After becoming a doctor and having a few kids however, training and exercise took a back seat for over 40 years.

After that time, idleness did not sit well with the British sprinting champion. He began rekindling his fire for athleticism in his mid-60s. Eugster started skiing and pulling oars again, beginning a remarkable run in sports. For two decades, he went on to dominate senior rowing, winning 36 masters gold medals.

Eugster’s efforts rewarded him, but the deterioration of his body eventually took its toll. At 85 years old, Eugster was widowed by his second wife, and his muscles had seriously declined. He claimed he had a “pancake butt,” and it spurred him into a new pursuit: bodybuilding. He craved strength, a longer life, and the attention of “babes.” He certainly got it too!

Charles Eugster then began hitting the iron at age 87. He started supplementing with whey protein, lifting weights, and sprinting again. Success soon followed. He won three Stren-Flex World titles, and recently broke the 200 meter and 60 meter world records for the 95+ age group. On March 27, 2015, Charles broke his own world sprinting records at the European Masters Championships in Torun, Poland. “It shows that with a little training, you can set records at any age!” he says. Well done, Charles!

As for our last example, this article would not be complete without mentioning the amazing Dr. Ellsworth Wareham. He is a 101 year old retired heart surgeon who worked all the way up until he was 95 years old. Even today he still drives, mows his own lawn, trims his own hedges, cooks his own food and goes for the occasional walk around the neighborhood. Landscaping is his main source of exercise so he does it almost daily. His secret to longevity?

Like Tao, Dr. Wareham believes stress can make you unhealthy.  He believes in doing the best he can and avoiding unnecessary worries about things he cannot control. This philosophy helps him in leading a stress-free life.

There is one other key factor he believes is most important to living a long life – having a healthy diet. Dr. Wareham has been a vegan for over 50 years. Every day he has the same breakfast; almond milk with whole-wheat cereal. When asked why he adopted a vegan lifestyle during an interview, he referred to a Cleveland Clinic study which suggested that it’s possible to prevent heart disease by consuming a low-fat vegan diet.

Recently obtained statistics suggest that heart disease is the number 1 cause of death in the US. The retired heart surgeon also said that keeping blood cholesterol below 150 makes an individual’s chances of suffering a heart attack significantly small. He added that by following a vegan lifestyle, he has managed to keep his blood cholesterol as low as 117. Which, according to him, makes his chances of having a heart attack almost zero.

So, it makes sense when Dr. Wareham (a reputable heart surgeon) says that if there’s a way to prevent heart disease, it’s worthwhile. Food for thought anyway!