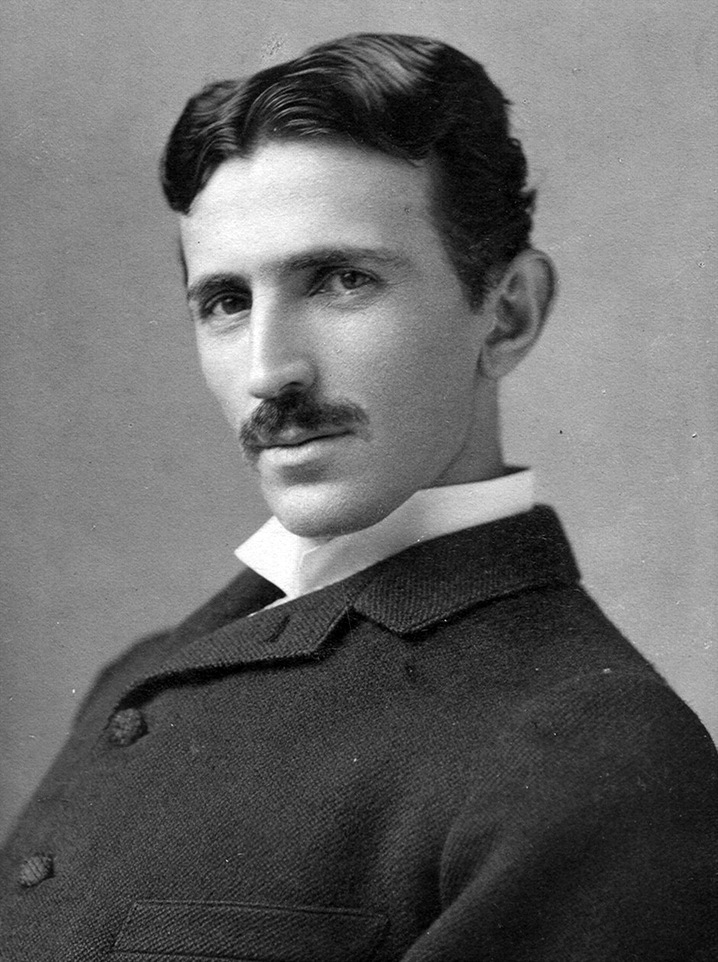 Did you celebrate Nikola Tesla’s birthday on July 10th? Thousands of people around the world showed their respect and admiration on what was the 160th anniversary of his birth.

He may have died 73 years ago, but he is still loved by millions of people worldwide to this day, for all the achievements and sacrifices he made in order to assist humanity during his lifetime.

For those who may not know, Nikola Tesla was an inventor, electrical engineer, mechanical engineer, physicist, humanitarian and philanthropist, as well as a historian and futurist. He was also highly eccentric, clairvoyant (to a degree) and slightly introverted, among many, many other things.

I think most people following Spirit Science already know about Tesla and his many achievements. I’m sure you’re already pretty aware of what we would be missing today if Tesla hadn’t been born. (x-rays, radios, remotes, lasers, computers, wireless communication, etc).

So, I’m not going to mention the usual Tesla facts that are always floating around. These are 10 more ‘obscure’ yet highly interesting facts pertaining to our favorite inventor!

# 1 –  Tesla had a near-death experience – twice
The first time happened when he was swimming with his friends in a river, near his hometown in Croatia and nearly drowned.

The second time was earlier in his career, while conducting research on one of his first tesla coils. During the experiment, Tesla was hit with a blast of 3.5 million volts of electricity. He was working with 60-foot lightning bolts, got the shock of his life and barely survived.

When he regained consciousness, he claimed to have entered a state of timelessness where he could see the past, the future and the present all at once. Even though he felt analyzed throughout the entire experience, he said he had moved throughout time and space.

# 2 – Tesla was the first to record radio waves from space
One night while working in his laboratory in Colorado Springs, Tesla noticed a repeating signal being picked-up by his transmitter.

Having just detected cosmic radio signals for the first time, Tesla immediately believed them to be attempted communications from an intelligent life-form on either Venus or Mars, and later said of the experience, ‘The feeling is constantly growing on me that I had been the first to hear the greeting of one planet to another’.

Sadly, Tesla was widely ridiculed when he announced his discovery.

# 3 – Tesla was obsessed with the #3
Toward the end of his life, some would say that Tesla started to get more and more eccentric. He found a serious interest in numerology. He was quoted saying: “If you only knew the magnificence of the 3, 6 and 9, then you would have the key to the universe.”

He took a particular interest in the number 3, especially.  He often felt compelled to walk around a block three times before entering a building, demanded a stack of three folded cloth napkins beside his plate at every meal, etc.

# 4 – The Pike’s Peak Lightning Snafu
On Tesla’s road to discovery he hit a few snags. One of which was the incident at Pike’s Peak, by Colorado Springs. Long story short, Tesla want to prove he could transmit unlimited amounts of power to any place on earth with virtually no loss of energy. To test this theory, he would have to become the first man to create artificial lighting.

Tesla and his colleagues constructed a laboratory with an 80 foot wooden tower attached to it. Above it was a 142-foot metal mast supporting a large copper ball. Inside the wooden structure was a Tesla coil, specially designed to send powerful electrical impulses into the earth.

Upon completion of the project, when his assistant hit the switch, huge arcs of blue electricity spiraled up and down the center coil. Bolts of lightning more than a hundred feet in length shot out from the mast atop the station. Tesla’s experiment burned out the dynamo at the El Paso Electric Company and the entire city of Colorado Springs lost power. The power station manager was livid, and insisted that Tesla pay for and repair the damage.

#5- Tesla caused a manmade earthquake in NYC
Yeah, you read that correctly. Tesla almost destroyed an entire city block with his ‘oscillation machine’ once. The device only weighed a few pounds, but Tesla was able to tune the timing of the oscillator at such a frequency that each little vibration added just a little more energy to the wave of flex in the building.

“Given enough little pushes, even the largest structure could be shaken apart.” When he turned it on, the entire building, and the buildings attached to it, started to shake out of control. The machine was quickly turned off.

Upon realizing the potential terrors such a device could create, Tesla reportedly destroyed the device with a hammer.

#6- Tesla was celibate his whole life
Despite being 6’6, charismatic and quite attractive, Tesla showed no interest in sex, whatsoever. He was far more interested in spending time working on his inventions rather than fraternizing. He mostly saw it as a waste of time. When asked why he never married or sought an affectionate relationship Tesla said:

“There are two views: a lot affection or not at all. The center serves to rejuvenate the human race.  Women for certain people nurtures and strengthen its vitality and spirit. Being single does the same to other people. I chose that second path.”

#7- Tesla’s was best buds with Mark Twain
Apparently they were very good friends for many years. They often attended each others dinner parties and fundraisers. Both were very prominent philanthropists and humanitarians. They even reportedly pulled a few pranks on each other from time to time. 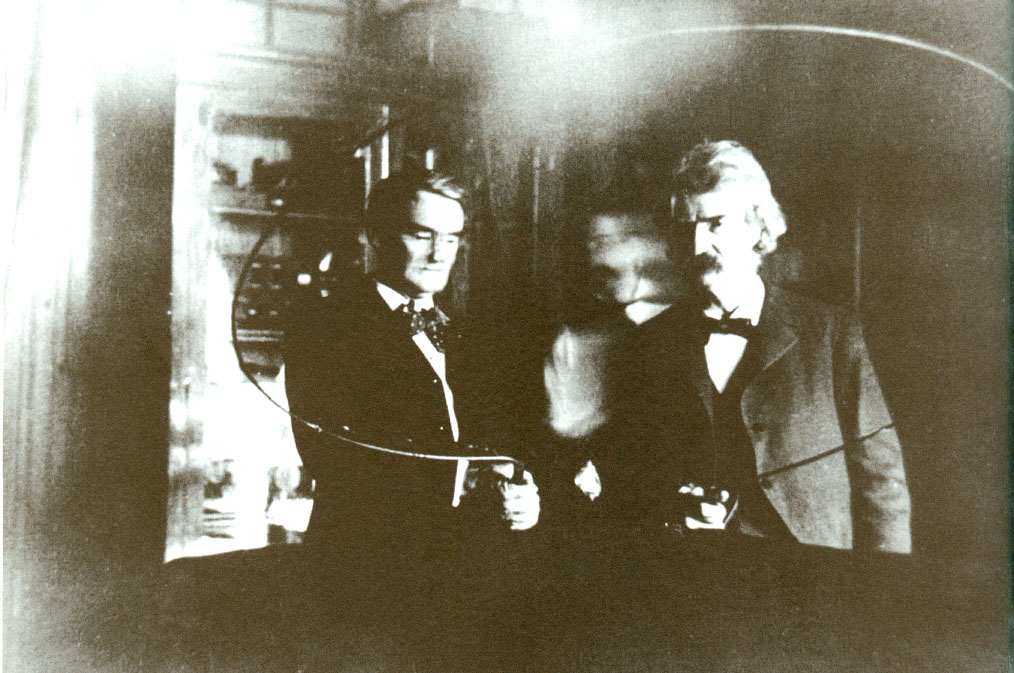 #8- Tesla had the idea for smartphone technology back in 1901
In the race to develop transatlantic radio, Tesla described to his funder and business partner, J.P. Morgan, a new means of instant communication that involved gathering stock quotes and telegram messages and funneling them to his laboratory where he would encode them and assign them each a new frequency.

That frequency would be broadcast to a device that would fit in your hand, he explained. In other words, Tesla had envisioned the smart phone and wireless internet.

#9- Tesla may have developed a death ray
On July 23, 1934 Time Magazine wrote an article about Tesla’s Ray:

“Last week Dr. Tesla announced a combination of four inventions which would make war unthinkable. Nucleus of the idea is a death ray-a concentrated beam of sub-microscopic particles flying at velocities approaching that of light. The beam, according to Tesla, would drop an army in its tracks, bring down squadrons of airplanes 250 miles away. Inventor Tesla would discharge the ray by means of 1) a device to nullify the impeding effect of the atmosphere on the particles 2)a method for setting up high potential 3) a process for amplifying that potential to 50,000.000 volts; 4) creation of “a tremendous electrical repelling force.”

#10- Tesla was robbed after his death
Sadly, Nikola Tesla died in poverty back in 1943. He was alone in his hotel room apartment when he died. A day or so after his death, Tesla’s home was raided by agents from ‘The Office of Alien Property’.

Most of his things were given to his family, and much of his belongings were eventually taken to the Tesla Museum in Belgrade. However, most of the documents and many of his inventions are still considered classified property by the U.S. Government.