If you don’t know much about it, you’re not alone. It turns out a good portion of the world has never heard about this masterful invention.

This relic of Biblical past imbued in the modern landscape of Jerusalem is known as the Siloam Tunnel, and it’s considered to be one of the greatest engineering feats of the pre-Classical period.  Surprisingly, this remnant of ancient history is still standing, and working, today.

Those who wish to visit the unforgettable city of Jerusalem can take part in a roughly 45-minute wade through 2ft of flowing water through the tunnel, which has a rather ancient history. The tunnel is thought to have been built during  King Hezekiah of Judah’s reign between the 8th and 7th centuries BCE, though its origins may have been 100 years prior.

Historians believe that this time period corresponds with the time when Jerusalem was expecting an Assyrian siege. This means the tunnel likely served the purpose of redirecting the City of David’s fresh-water source to a pool within the walled city, in case of attack.

It was designed to carry the flow of water a whopping 533 meters from the Gihon Spring at one end, to the Pool of Siloam, at the other end. The physical means in which this tunnel was constructed still remains to be a mystery. However, historians speculate that it was built by two teams that met in the middle, possibly using a system of sound signals created by hammers on the rock that eventually created the tunnel itself.

View inside the tunnel 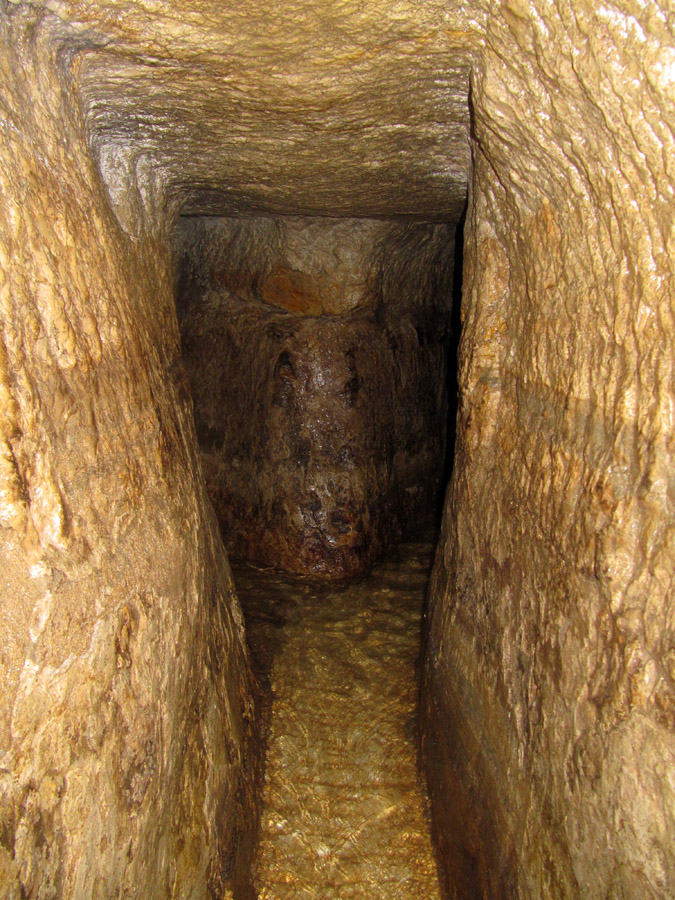 Sign at the end of tunnel, near where the Siloam Inscription was discovered. Entrance to the tunnel at Virgin’s Fountain The pool of Siloam at one end of the tunnel